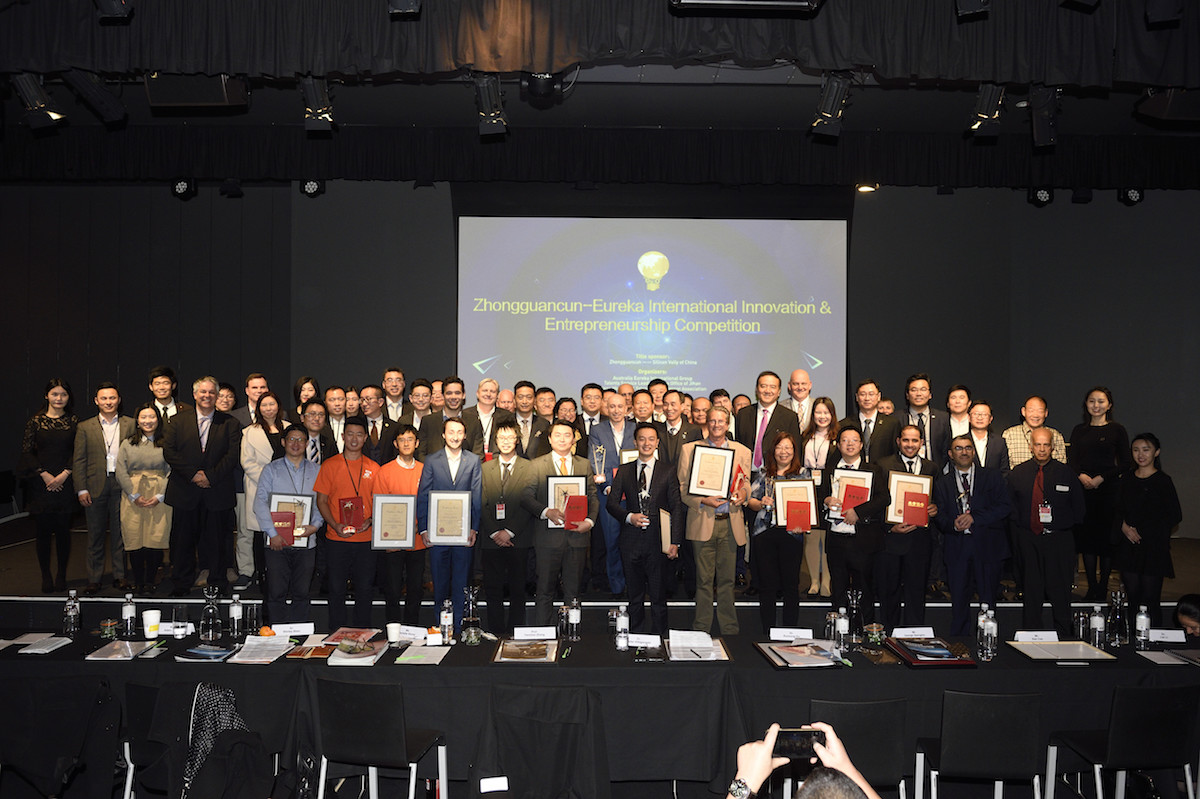 Posted at 12:00h in Awards, Events by Kosta Huffnan

Introduction to Eureka Technology Innovation & Investment and the ETIE Competiton:

‘Eureka Technology Innovation & Investment was established in 2017, affiliated to Eureka International Group. It was built to serve as a major platform for technology innovation and investment for small/medium-sized enterprises in the Asia-Pacific region. Eureka’s leading-edge platform promotes international matchmaking for technology projects, capital raising, and government recourses. It is helping achieve synergies in cross-collaboration between global capital markets and industrial technology. In the realization of this goal, we have established a strategic partnership with Zhongguancun Group (China’s Silicon Valley), City of Jinan, Australia China Health Accelerator, Eastern Innovation Business Center, Australia Chinese Association for Chinese Biomedical Sciences among other leading professional partnerships. Each year, we organize our renown “International Innovation and Entrepreneurship Competition”, “Innovation and Entrepreneurship Trip to China” and “ANZ Innovation Trip”. These iconic events promote the commercialization of scientific achievements as well as assisting in financial and research collaborations between China and Australia.’

The International Innovation and Entrepreneurship Competition is a two-stage competition, in which competitors compete in national divisions, before competing in the international finals, held in Jinan, China. The competition holds an emphasis on innovation and technology,  hosting divisions in Digital Tech, Agriculture & Food, Healthcare, and Advanced Manufacturing.

On 21st June, the Block Ledger was selected as one of the 18 short-listed teams to present in the local finals, held in Melbourne, Australia. As a financial technology company, the Block Ledger competed against numerous other innovative projects and businesses, forwarding solutions to both social and business problems. With presentations held on the 23rd, Block Ledger were the second team to present and ultimately won 1st place in Digital Technology.

A total of 31 teams from Australia were invited to the Jinan finals, while over 200 teams from all over the world arrived to compete. One of the primary aims of the Jinan competition is to help businesses connect with Chinese industry and expand their presence into the local market. Over the course of the competition, we had the opportunity to speak with various government department officials, including the Head of the Jinan Tax Office.  The local government was extremely welcoming of all the competitors, helping those with interest to settle into the region, and offering support and grants to assist in the future. Overall, the Block Ledger performed well, placing in our respective division.